HemBlogWriteReader app tested at Special School Tejbjerg
Back to Blog 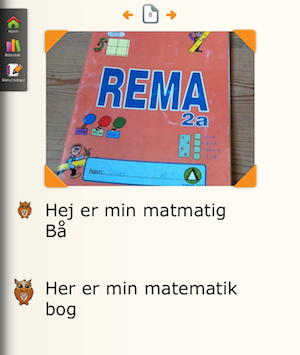 We get a lot of good feedback from users that are using our app and we appreciate it very much. Couple of months back we came to know that a special need class is conducting a research based on our app. "WriteReader" was tested at Special School Tejbjerg which turned out to be a very positive experience for their students. We are proud and humbled that our hard work is resulting in great results and is impacting children in their daily lives. Especially for those children who need greater motivation to write.

Read more about the background and results:

The basic goal of the project "WriteReader" at Special School Tejbjerg was to encourage students to work with written language using their own skills and qualification.

The project team at the Special School Tejbjerg highly recommends that the app "Write to Read" should be used both in special education and in the teaching of primary schools, where the principle of differentiated teaching has high priority.

Special School Tejbjerg is located in the municipality of Kalundborg and comprises pupils whose further development requires special consideration and support, and where it is not possible to meet their specific needs within mainstream education.

The project was conducted during eight weeks in autumn 2013 with the participation of 6 students between 6 and 10 years from 1st, 2nd, 3rd and 4th form, respectively, and teacher Jimmy Davidson, teaching assistant Morten Krogh, educator Susanne Hoogendoorn and special education teacher Marianne Juul Glud. Students have different qualifications, as expressed through their skills and potential.

The teacher Jimmi Davidsen, who has been the driving force behind the project, has noted that students' motivation to learn to write was significantly higher than before the app "WriteReader" was used.

This is, according to Jimmi Davidsen, due to several factors including:

that the written content is personal the pictures in the text are taken by the students themselves the app is easy and simple in its features that students get immediate feedback on any information. According to Jimmi Davidsen there are good reasons to use the app in education in a special school, as students in the project Tejbjerg all expressed great joy and pride in their written production. In addition to students' immediate motivation to work with the written language, Jimmi Davidsen has noted that the language awareness of the students has developed significantly.

The app "Write to Read" was developed by a school teacher Janus Madsen, who over the past 15 years has developed various learning materials. The development of the app "Write to Read" is supported by The Danish Agency for Science, Technology and Innovation, which has enabled close cooperation with a team of researchers from the Department of Education, Aarhus University. The project was led by Associate Prof. Jeppe Bundsgaard specialized in IT, Danish and didactics, and resulted in a positive evaluation of the app and practices that may develop while using it.

Objective of the Project

The specific objective of the project is that students learn:

1) to know the shape of a letter

2) to know the sound of a letter

3) to know the reading direction

4) that a text is made up of letters, words and sentences

6) to write small words themselves

However, for all the pupils concerned there is evidence that working with the app motivates them to write, and they write complete sentences, unlike in the past, where they mainly wrote individual letters or single words.

Example 1: Majse, before, during and after the project 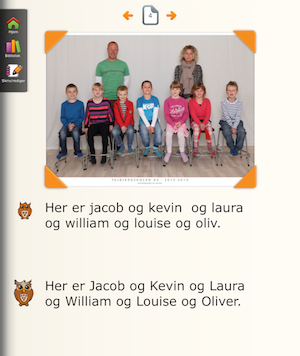 Example 2: Louise, before, during and after the project 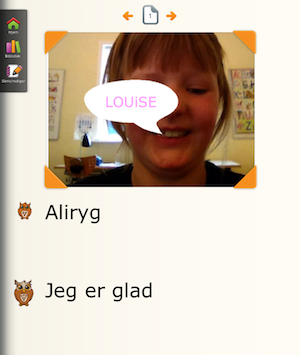 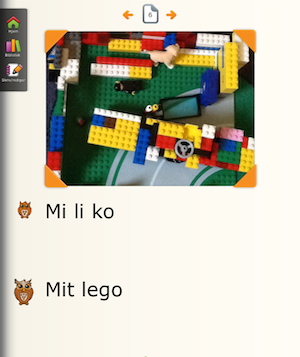 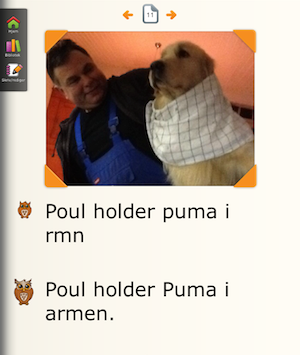 Example 3: Laura, before, during and after the project 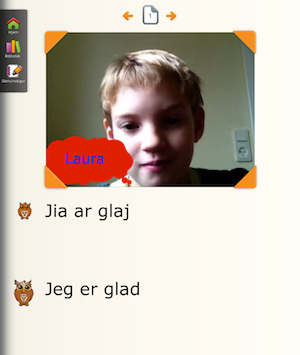 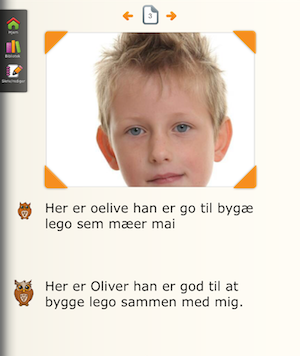 When students' progress in terms of increasing motivation and increased production is compared to established formal written goals, points 1-6 above, it should give rise to thoughts of "giving up" on Phonics-tradition in favor of a Whole-language tradition in relation to future didactic considerations (Frost, 1998). The progress of the pupils is partly due to the learning being organized from a functional principle. Therefore the concrete objectives of the education in the written language must continue to be consistent with this principle, so students do not lose motivation and thus the basis of progress in writing in terms of both formal and functional skills.

With its easy access, its supporting visual and auditory possibilities and the quickly produced results, the app "Write to Read" meets the expectations teachers and educators have of an up-to-date app in written language teaching. The app can therefore create opportunities of scaffolding students' motivation for learning the written language.

Check out the link in Danish here: http://www.folkeskolen.dk/541519/at-skrive-sig-til-laesning-lyst-og-motivation-paa-ipad

Don't forget to leave your comments about our recent project. Have you tested it on your kid yet?

Receive our newsletter with tips and news.